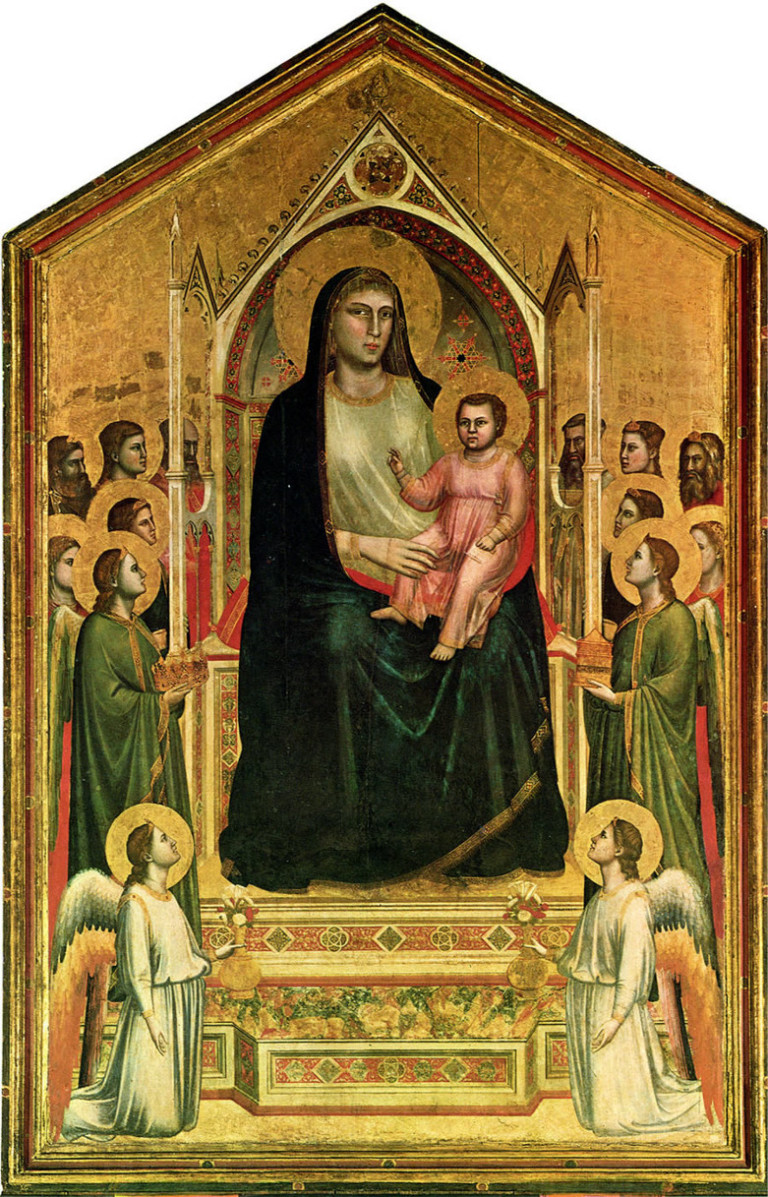 The Ognissanti Madonna by Giotto

The large altarpiece called the Ognissanti Madonna by Giotto, painted in 1310 circa by great visionary Giotto di Bondone, is a very important landmark in art history. It was painted for the Florentine Church of Ognissanti, hence the name.

Before Giotto’s pioneering work, painting was still tied to the schematic Byzantine style and its archaisms. The figures were often stiff, two-dimensional and did not evoke emotional involvement with the viewer. Giotto broke with that tradition revolutionizing Western painting and the representation of the human figure. Without Giotto, the cultural, philosophical and artistic movement we all call the Renaissance would never have been born.

For the first time in the history of Western painting, both the Madonna and the Child appear to be inserted in a real, well-defined world (not floating off in space). Mary is sitting on a throne that seems to have been designed with perspective in mind, conveying the idea of ​​a real environment.

The folds of the garments outline the volume of the bodies. The figures are more plausible, more human, they are no longer flat as if they were puppets on a flat surface (which they are, of course). Just look at the angels in the foreground singing in such a realistic way or the hand of the Virgin holding the Child as a real mother would do.

Giotto’s style is therefore an innovation in the way of painting done up to then. Although some elements still recall traditional methods, such as the golden background or the hierarchy of the figures (the Madonna and the Child are large, the angels are smaller in comparison), the new value given to the human figure and its relationship with space make this work a very important example of the new course of 14th century painting.

Although Giotto’s perspective is still intuitive and not scientific like the one that will be developed in the 15th century, the figurative revolution that takes place during the next 100 years (known as the Renaissance) is in large part due to this great master.

You will find the “Ognissanti Madonna” by Giotto in the Uffizi on the second floor, in the large Hall dedicated to 13th and early 14th Century altarpieces.